Galge Review – Himegoto Union ~ We are in the Springtime of life! ~ 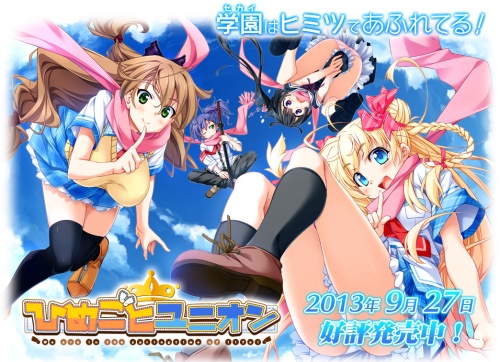 There is a lot of “school-type” galges around, specially for this month. Many Eroge companies decide to make this type of game to play safe. For a company like SEVEN WONDER, who established itself with a fantasy game, doing one of these was not exactly necessary or expected, so they obviously had something different going for it. 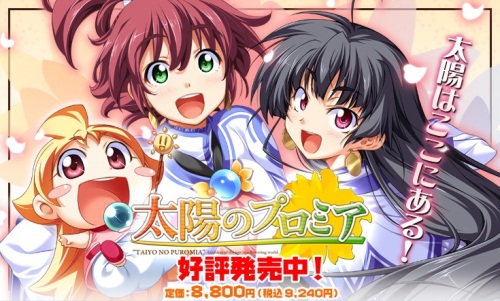 Yeah! I was really interested in this game since I really loved SEVEN WONDER’s last series. It had great characters, remarkable visuals and a very well written story. Since I am a fan, my opinion may have some good influences…or bad ones as well. 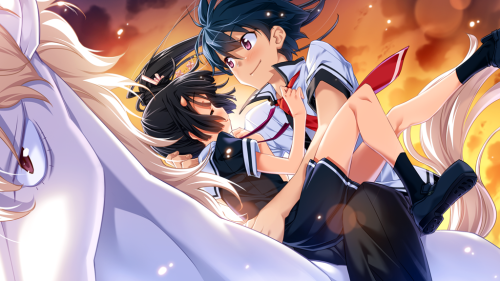 Himegoto Union starts with a young boy called Hashimori Saizou. This certainly is not a common name for an Eroge protagonist since “Saizou” is one of the most generic names for ninjas, and ninjas are FREAKING COOL! That is why this is not meant for Galge protagonists, who have to be always blend as hell (it’s like a unofficial law in the Eroge world). But it is ok because, as it turns out, the main character is indeed a ninja living in modern society. 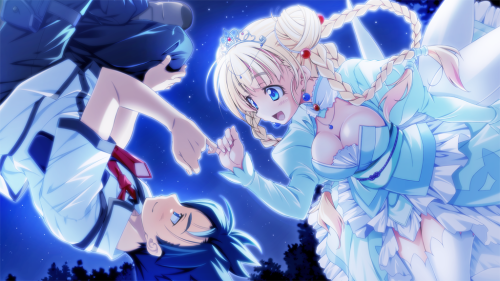 This was to be a secret, until his chaotic meeting with Himeria La Turion Himeriel, a flying alien princess from the Eurekya empire. She was given a quest to find celestial beasts hidden on Earth (and in Japan, no less!), and she was also supposed to do this in secrecy from normal humans. While helping each other with their missions, they had become great friends and, with each other secret exposed, they decide to revive the history research club in their school and use it as a cover for their “secret union”. They are soon joined by their “Strong-like-a-Youkai junior Miyoshino Kouharu and the “childhood-friend-senpai” Kirishima Yuuki, who just happens to be a henshin heroine…Ah! There is also Hijiri.

Koharu’s secret is that she has a special body condition where she gets super strong and grow horns when she gets too close to men. This eventually result in her causing an accident in school but, while she tries to hide the proof, Saizou find out the truth while saving her from a troop of robotic thieves (it’s complicated) and, in the end, he even helps her hide her powers from everyone. 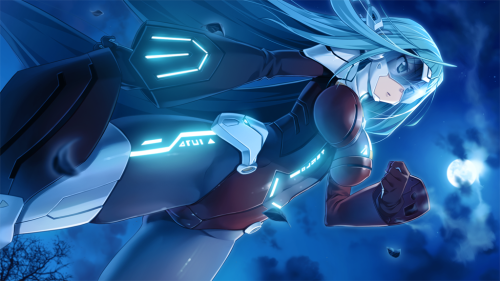 As one can see, Koharu has actually a good reason to fall in love for the protagonist, this is a nice change from the usual “I barely knew you during my childhood, thus this makes us destined to each others” type of thing that usually happens in Galges, but there is nothing to fear, cuz Yuuki is here!

Being remembered by Saizou as “that weird boy from my past”, Yuuki developed into a “heavy-equipped” lady with a delicate personality. But she has much more to offer than “big melons”! She also comes with Fubuki, a robotic clone of herself created by her father to fight crime and learn about human behavior with her. However, she still gets very confused with important decisions, so it’s up to the normal girl Yuuki to wear her armor and fight in her place because, why not? It’s not like it is dangerous or anything! But she is clearly the only on able to do it, since the armor is made at her exactly size! This make me remember about “Sheep in the Big City” cartoon, where they needed THAT specific sheep to use in their laser weapon because its generator was constructed in the exact shape of the protagonist’s body. The difference was that, it was stupid and they knew it.

As one could notice, until now, every heroine introduced here is very adorable and are very friendly towards the main character so, for good measure, they included Hijiri.

Kujiyou Hijiri is a despicable person who decides to dedicate her life to insult and humiliate Saizou for no good reason other than to please masochist players. She also has the most boring secret in the group, being just a “super-swordman”. Yeeaah, her sword skills sure are nice but, they teach those kind of stuff in real-life japan you know? Even if she is a bit of “anime-style” exaggerations to her capabilities, it is nothing to compare with the rest of the group. Even a ninja is more impressive…

Ah! She is also a girl trying to disguise as a boy, but doesn’t even counts as a secret, since it’s pretty obvious! Seriously, you would have to lack a brain to think this is a guy…And everyone in the game falls for it…

Every character is nicely dub with fitting voices and decent acting. The music is good but as usual, forgettable after the playthrough (I already can’t remember none). The visuals are one of the best aspects of this title!

The drawings are gorgeous and can also be very cool during action scenes. The art style is also very unique, with some very colorful and detailed designes. The character designs are nothing “unique”, but at least, the characters are very distinct from each other, and there is no character with a half-assed design, as it seems the artists (Kawahara Makoto and Takeyamasami) gave a special care for every single one of them. It is also very appreciated that their drawing styles fit very well together, as it is very hard for me to tell them apart. The SDs made by Ikutatakanon are also adorable, even though I am not a big fan of SD characters. 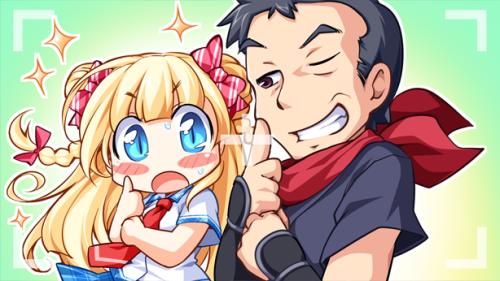 There is a lack of sound effects for most part of the game, making some scenes feel strange, like when someone reacts to the knocking sound coming from a door or the sound of footsteps. Ironically, this is a rare occasion where there are no descriptions of those sounds in the protagonist’s narration.

This is also one of those Galges where the heroines seem to already have the hots for the main character since the beginning of the game or even prior to it. However, they have a very sportsmanship behavior when they are not chosen by the protagonist.

I always considered this to be very weird! It is like they knew they are inside a game, thus they only have to wait until a player decides to pick them next time…Huunm…This would make into a nice plot for a Eroge! Hey! WAIT A MOMENT!

For my surprise and disappointment, this game turned out to be very unpleasant. Hijiri is really a PAIN-IN-THE-ASS! She never gets to become cute enough for me to forget all her previous demeanor, not even in her own route, and she irritates me during the other heroines routes as well. As it was not enough, she gets to pair up with a different character in each route to demoralize Saizou even more!

I blame this on Saizou too! Instead of counter-attacking them with some clever answers, his only reaction is to get depressed while making a pathetic sound (like “shobooooon”, for example).

Yuuki’s route was the only exception in this matter, what makes her route being the most enjoyable one for me. It also doesn’t help that the writing is not nearly as good as the one found in Taiyou no Puromia. 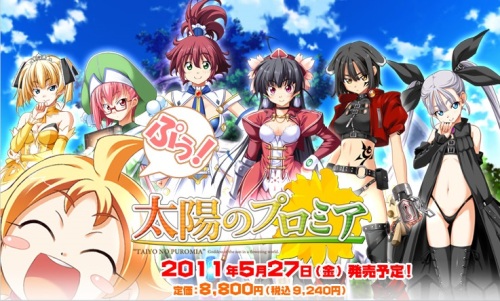 Well, at least most of the characters are very charismatic, but even them cannot save this game from the really annoying characters. To keep my sanity in check I had to press the skip button many times during Hijiri’s dialogs, so much in fact, that I am considering to rename my Ctrl key to “Hijiri button”. It would be nice if they include an option to turn-off a specific character’s voice in the next time they decide to make a game like this.

This entry was posted in Galge and tagged Galge, Review, SEVEN WONDER. Bookmark the permalink.

2 responses to “Galge Review – Himegoto Union ~ We are in the Springtime of life! ~”