Saigo no Yakusoku no Monogatari is the first in a series of JRPGs by IMAGEEPOCH, there are many games released on this brand, most of them even run in the same engine (the same used for Last Ranker), but most are unrelated to this one, the only exception being Sol Trigger, which is a sequel. Since I’ve played ST before, I got encouraged to play it’s prequel. Now that it is on sale, I finally got it!

The Lands of Far-Eden are at war, with the forces of Sabi Chantier invading the  Kingdom of Yggdra. The people of Yggdra are blessed by the Godddess Ilia, who grants them the power of magic. To rival them, Sabi Chantier developed many mechanical soldiers and with it, getting the upper hand in the war.

When the game begins, they have already lost the war! The country is already mostly taken over by the army of machines, leaving only a fortress with some refugees and many citizens waiting to be rescued outside. King Leclaire – leader of the Messiah Knights – fall in combat, leaving Wolf – his right-arms-man – in charge of saving their country, but this will be no easy task, since the late king was considered a legendary hero, which throws a lot of pressure at the young Wolf. Now he has to reunite all the other Messiah Knights, rescue all the citizens and prepare to evacuate the country.

There is a lot of nice characters here, so I will try my best to summarize them:

Wolf is noble, mature and very calm, but is also full of insecurity regarding his new position. He is a good protagonist. Celes is the princess of Yggdra and Wolf’s childhood friend, they trained together at the same academy, which is why she has a personality akin to Wolf’s, that’s why she decides to become a knight after having witnessed her brothers dying in battle. Sasha is the youngest among the knights. Since her father disappeared when she was still very little, the king raised her like his own child. She blames the king’s death on Wolf and has a hard time accepting him as the new leader.

Cain is a young impetuous warrior. He is very pure and naïve to understand a lot of things, but his skills with the sacred sword are top-notch. Rushdie is Wolf’s best friend. He is a very serious and gentle person who is considered a genius by many. Jayro is their strategist, a very wise and reliable person who can always keep his composure, no matter the situation. Mallarme is an ex-thief who fell in love for Wolf and now wants to support him, but her past always gets in her way.

While the basic setting for the story and character concepts are very interesting, there are many problems, with those appearing one after another through the game. The most bothersome (for me, at least) is the lack of a proper antagonist. I mean: There are enemies, but none of them have a personality or even names, they are only soulless machines. This makes the story development very simple and much less interesting.

The second problem is the character development, since there are clearly those who were favored by the writer, like Sasha and Celes, who get a lot of back-story right at the beginning. However, the rest of the cast have limited opportunities to get more fleshed-out. If you don’t go after some very specific events, they will never appear during events again.

Something unusual here is that, for once, you play as the good religious group against the evil Atheists. Believe it or not but, while this can sound pretty normal in the west, it’s more common to see those roles being reversed in the Japanese media. This is because Japan has a long history of theophobia. But don’t worry, they “fixed” this in the sequel…

The battle plays as most turn-based RPGs, but with some tweaks. For example, one enemie will target the character who deals more damage to it, but usually all enemies will attack a healer, which makes difficult to use the same strategy from other RPGs right here. Since Wolf grows to be the most resistant fighter, it’s ideal to use his set of skills that draw the attention of enemies to himself. Combining this with the different lines of combat and attack ranges makes for some intriguing strategic combat.

The most unique element in this title is its perma-death system. Each character has Special Points (SP), fixed values that can get decreased for each defeat in battle and by using some special attacks. The only way to restore SP is by killing a character, which happens when someone’s SP reaches 0, leading to said character executing a final attack that deals major damage at all enemies. After this, that character will be permanently out of the party and story. 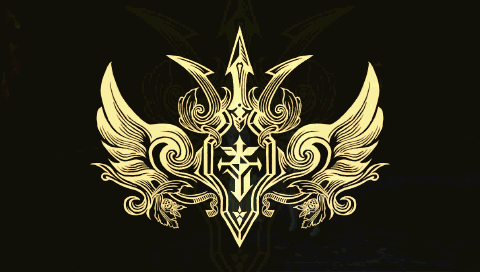 Other interesting feature is the “promise system”. This is just a cosmetic change that some quests get, but it gives them a heavier importance to the plot and also set what ending you will get. Basically, you have to make at least three special requests for a specific character, which leads to an event where that ally will ask Wolf to make a promise between them. The content of the promise depends on the character circumstances, therefore, they are never the same.

The game is not very long, especially because you can skip most quests and go directly to the main events and boss battles, but you will want to make quests if you want to go to see an ending or even have the slightest chance against the bosses, because this game (like most JRPGs) is very demanding on grinding. This is not always bad, as long as the game keeps you distracted with exploration, unlockables, collectables and side-quests. Unfortunately, this game has none of those. 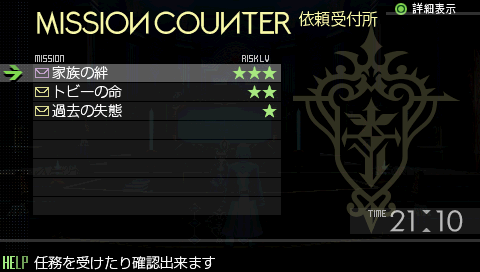 Every chapter starts at the same main-base, which includes a weapon shop, an item store, a station for quests and a giant corridor with a room for each character. At the end of this corridor there is a different dungeon for each chapter. Once you finish a chapter, you can never revisit the last dungeon again. Other than those, there are no other places to visit. Some dungeons have doors and paths that (for my knowledge) never get open to exploration.

There are many points in the game where you get reminded that the country will be completely invaded in just a few hours, but this is only a dramatic method to set a limit to how many quests you can make. It’s a interesting idea that, sadly, gets wasted.

For each mission, you rescue a certain number of people upon completion. Oddly enough, the number of rescues has little to do with the context of the mission. Meaning you can save only one guy, but suddenly, the game say you just rescued over one hundred people…

This is probably one of the more compressed files I’ve seen, because the game is gorgeous and it is only about 250 mb or so. There are many different and detailed 3D models, huge scenarios with beautiful textures using stunning light and shading effects. Well-designed layouts for HUDs and menus, and much more!

The main events have 3D models for every characters with smoothly animations and even mouths (that are not just textures) with accurate lip-synch! It’s a shame none of those are used for battles, as the camera changes to a first-person perspective during combat, and you just get some puny effects representing your character actions. 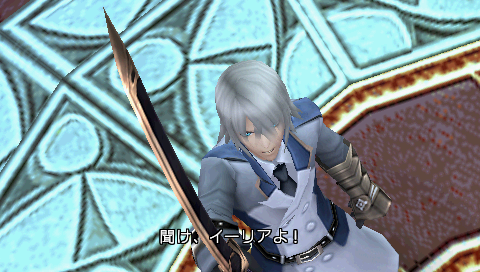 It’s not only the visuals, the sound part is also amazing! There is a bunch of scenes with voiced dialogue for alternative routes, and a good variety of BGMs playing for each dungeon.

The main theme, properly named “Last Promise” is a beautiful vocal track that plays along with a very decent anime intro.

Every character in the party gets an ending. After the 4th chapter, you get to choose one of the characters with whom you made three promises. There’s no restriction regarding how many promises you can make, but you get to choose just one person after chapter 4, so you can just make a save file before making your mind and try again later, since the last chapter is really short. 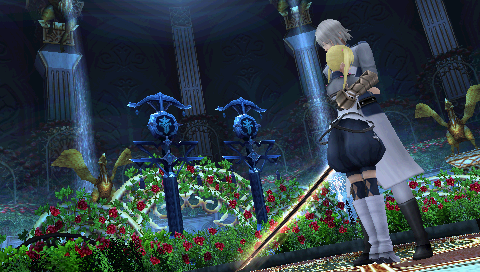 For this final chapter you finally get ridden of all that quest B.S and get a straight story-driven dungeon. The final dungeon itself is very short, consisting of a series of battles leading to the final boss, with the pair you chose exchanging compliments or going all lovey-dovey with each other.

After the boss, you see a final scene and, after the credits, you get a CG showing Wolf and his chosen partner. However, if you were able to get to this point with no casualties, you get sent to a final challenge in a boss rush while you escape from the dungeon with your full team. 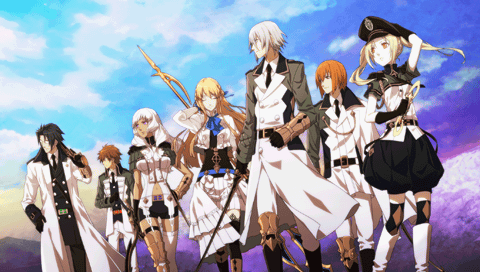 Originally, this game was sold for over 6000 yen. Was it worth this much? HELL NO! But it is still a good game, and now that the price for a digital copy dropped to 1980 yen, it has become a good pick for those who enjoy a decent dungeon crawling with a serious atmosphere. I don’t know why, but a good deal of dungeon crawlings coming out nowadays have a super-moe style to it…

This entry was posted in Game and tagged Game, IMAGEEPOCH, PSP, Review, RPG. Bookmark the permalink.