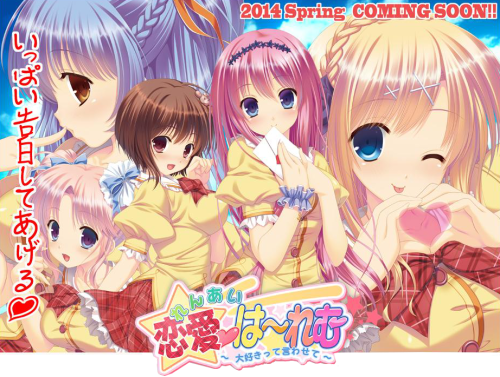 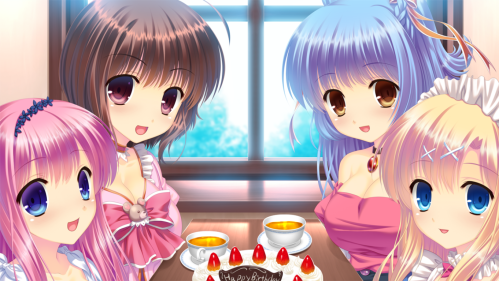 If you want to have the cute girls shining even brighter than Shining Forc…shining even more than…something, you need a transparent protagonist! Someone who won’t take the attention away from them, that’s why we get Suzuhara Naoki. 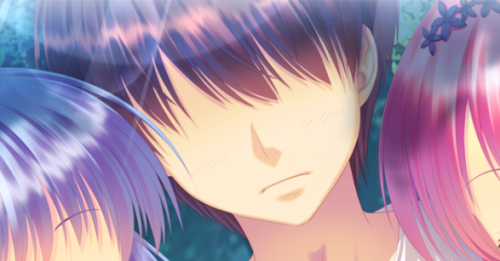 Now, you will want to assign jobs for your lethal army of moeness. Give some fitting positions to attach their existence to the poor creature who will represent the player. Let’s start with a childhood friend. Know what? While we are at it, let’s just make everyone his osananajimi!

Let’s start with the childhood friend from next door, on this case, Nanase Hoshika. She can be the housewife. Since she conveniently lives close to the protagonist, she can attend to his needs faster than anyone can! 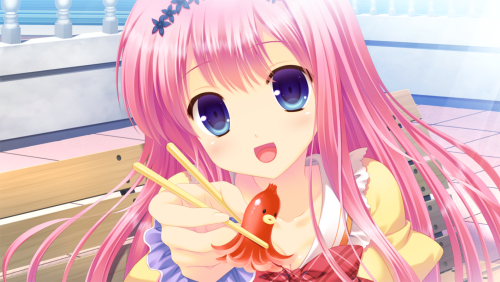 Next, we need someone who can afford all necessities for the sake of an easy and leisure life, this would be Minamino Oto, who is filthy rich. 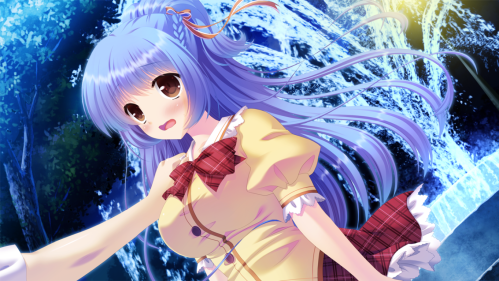 Now, we need a little girl to satisfy the needs of the masses, after all, every men has a fatherly instinct, and Suzuhara Yuina is just what we need! A little sister who has an incontrollable love for her brother and acts like an elementary student, even though she is just one year younger. It’s impossible to resist! 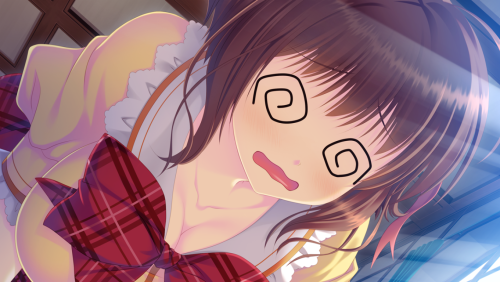 Finally we have the working woman who gives us…pretty much the same thing the house wife gave, but it’s never too much, so you can stay here as well Matsushima Yuki!

Now, for the plot! Or was you expecting them to fall in love by magic? Because that would be really stupid! So, let’s say the bounds from their childhood made them all love each others so much that the girls don’t even mind if their loved one has sex with their rivals. After all, they are all good friends! 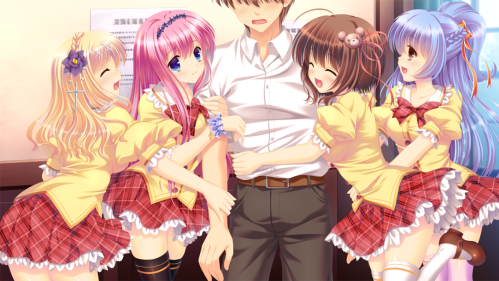 Now that we have our Dreamcast…our not-awesome-console team, we can finally start to add the main ingredients: First of all: LSD! You don’t want those females to act like real people, do you? No! you don’t! They would start to make questions, like “why do I have to be in love with that boring guy”, and that would be no-good! 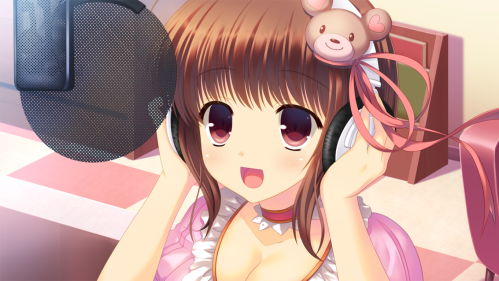 WARNING! As a side effect, the subjects might present some odd behavior, like childish demeanor or a weird fashion sense that only a PreCure would approve. 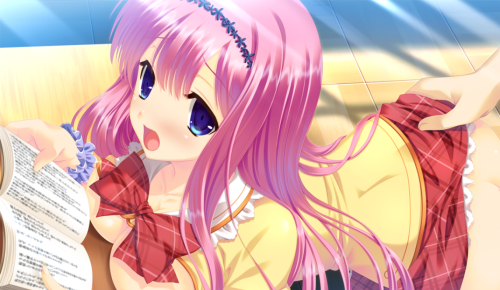 Now, for the final part of this recipe! Perhaps, it is the most important part…ANYWAY! It’s time to mix the heroines with magical silicone! This wonderful compound will be in charge of making the girls much more…interesting. Their breasts may have gotten as solid as jelly, but they will surely look big and firm during the whole high school period (A.K.A. the only period in life that matters). 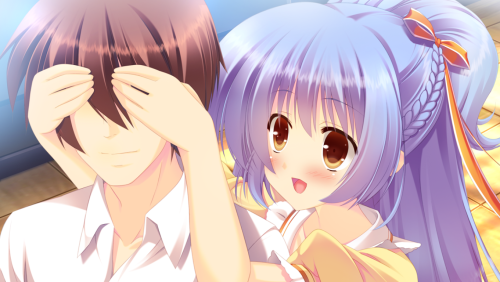 There is but one weird element to this whole “masterpiece”. It is this lesbian girl called Soramichi Kaoru. While yuri-fan-girls are nothing new to the old formula, something unexpected can be found on how the girls react to her attacks. 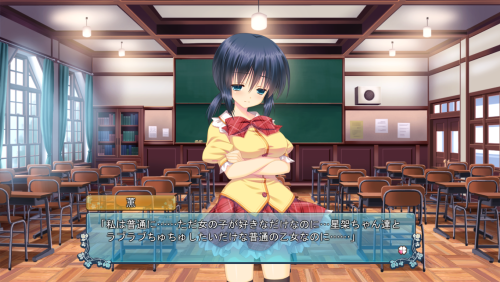 Instead of being super-friends-to-the-end with the weird girl who wants to have sex with them, the girls of this game actually have repulsive reactions to her! They don’t want this yuri to be next to them or to even breath the same air as them. This doesn’t mean they think Kaoru is a bad person, they just would not like to have sex with another girl or neither to be molested by one. That’s right! Contrary to male fantasies, this idea doesn’t sound too tasty for females. 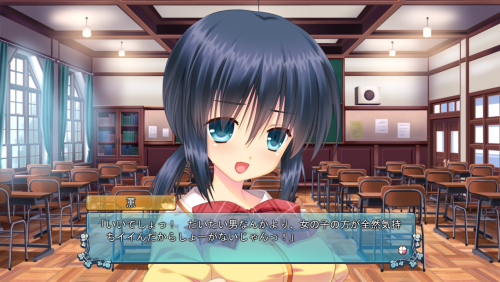 Maybe the writers saw how those things work in real life and became bothered by it, but I will instead say they experienced a case of cognitive dissonance, because it makes me look smarter!

Regardless, I usually hate characters like Kaoru, but now that I see this unique take on this case where she can’t even count with a Onee-sama to use as a shield anymore, she looks so pitiful that makes me care for her, and it seems the protagonist feels the same, since he is the only one who treats her like a human being. This leads to Kaoru actually liking her “rival”, but since she can’t feel sexual attraction for him, she repeatedly says she would totally “do him” if he was a female, which is a big compliment coming from her, right? 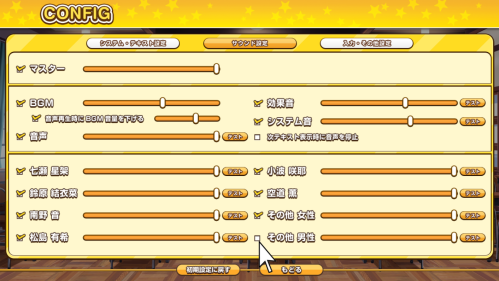 I can hear pretty voices! There’s also something that sounds like music, but I am sure it is just my imagination! 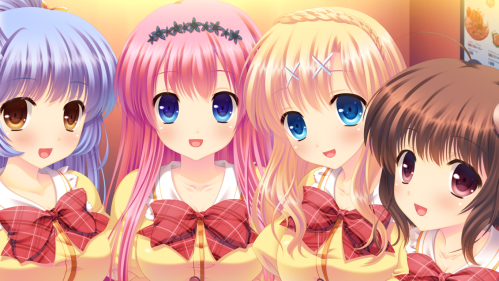 This is the perfect side-dish to savour while doing…anything! You don’t really need to pay much attention to this game! If you must play this no matter what, just leave at AUTO while you play another game or while you write a review about a boring game…