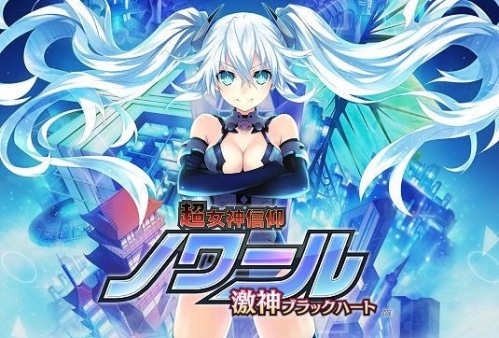 Neptune! I played the remake of the 1st game for the VITA to reach the conclusion that this series is not for me, and there’s a simple reason for that: It’s a female-characters-only game. When a man writes a story where there are only girls with no male characters around, chances are the plot will be boring as hell or simply non-existent, while every character will be a bunch of moe-blobs who release weird “cute” sounds from time to time and are a bit too close to each other. This is no different for the Neptune franchise, but I am sucker for Tactics RPGs, so I just had to play this. Fortunately, I found out this game was much more than I was expecting…

During an indeterminate point in the Neptune universe, the Playstation had just won the current console war, which would mean every console generation since the PS1. Anyway! Even after her flawless victory, Noire was not happy! This was because she felt lonely. While she had many followers, no one was close enough to be considered her friend. It was when a really unsuspicious person approached our heroine…

This innocent character became good friends with the black goddess, and since they were so close, Noire decided to check for an old legend her new BFF told her. A legend about a special ritual to unite all the Gamindustri and end the console war once and for all. This would require for her to use the “Share Crystal”, which gives power for every other console. But, on a shocking turn of events, Noire’s new pal was actually a villain who deceived her into making the power of the crystal disappear, forcing the Playstation-girl to join forces with the other goddess to save the world!

When Noire was still confused by the chaos she had caused, she became an easy target for monsters and was about to be killed when a youngster who had just arrived at Lastation saved her and gave her courage to fight back. By receiving his feelings, Noire was finally able to transform into Black Heart again and easily defeated the monsters. To show her gratitude for the young man, she gave him the position of her personal secretary, which was a convenient excuse for her to keep him always at her side. 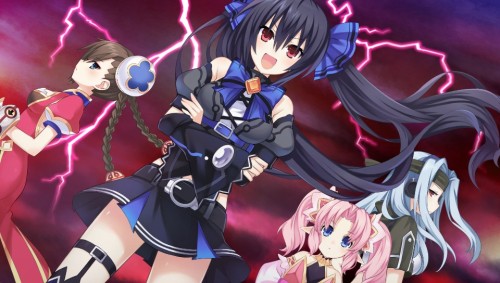 That’s right! A MAN! There’s a male among those console-girls this time! But it’s not like he is much of a character, being more like the player’s avatar. The “secretary” has no name, appearance, voice, personality or backstory, just like most Galge protagonists. Actually, this is most likely a parody with those types of main characters, as it’s pretty obvious how Noire immediately falls in love with this character, and every other heroine gets easily impressed by every insignificant thing he does and seems to start falling for him as well.

If the secretary points at the right direction they must take, they act like he saved everyone’s lives. When he makes tea for the heroines, they get just one step from jumping on him and covering him with kisses. It’s really silly and stupid, but it was intentional! People who play Love Simulation will get the joke and will probably find it really funny, but other people might just feel lost during those events.

There’s still LOTS of jokes about the game industry, and I believe most gamers will understand the punch-lines. For example: When Neptune – who represents SEGA – complains about the disappearance of the “Share Crystal” – which represents the popularity and money each console earns – Noire answer with: “But your share didn’t change any bit! It was nothing before and it’s still nothing now!”. This was such a cruel joke! But for those who remember the whole Dreamcast episode, it’s really funny!

The highest point about this game have to be the gameplay! Tactics is not a simple system to design, especially when you want to create something original, but Sting was able to pull out something really interesting. While most of the system is just like most Tactics game, there’s a unique system that changes the whole strategy: The kiss system.

If a heroine is standing beside a character when a special skill is used, this heroine will kiss the character using the skill, making the skill stronger and its SP cost cheaper. This also fills a special gauge used for ultimate attacks and goddess transformations. 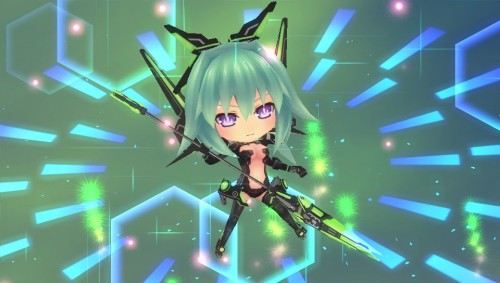 The value for this gauge is called “Lily points” (or LP for shorts), so what was the Japanese word for the lily flower again? Ah! That’s right! Yuri! The Japanese slang for lesbian! Which means they are literally giving you “lesbian points” for everytime you make those girls kiss each other. The more leasbian they get, the better…Cute! Up to 4 heroines can kiss a single skill caster, but they also become easy targets for enemies with large AOE attacks. It’s a simple idea but it can be applied to many different strategies.

Some battles that looked impossible to win can be easily cleared by using this system in the right way, and a victory earned through a well-thought strategy feels REALLY GOOD! The only problem is that…well…it’s kisses…remember what I wrote about the heroines being too close to each other in games like this? While it’s true that the visual effect for this system is stupid, I can’t just ignore how effective it is for strategies!

There are many different gimmicks for the arenas. While this isn’t anything new for the genre, it’s admirable how almost every stage has it’s own unique trap or obstacle to spice things up and make each new battle more challenging and refreshing!

The game requires little to no grind, which is something rare for nowadays J-RPGs. You can always challenge some optional battles or even replay previous stages, but it’s not necessary to clear the next battle in the main scenario. As Noire’s secretary, you are entrusted to help her with many things, like cleaning her room or buying new furniture. You can even help her granting the wishes of citizens. As you help Noire, her feelings towards the secretary will grow, leading to special events between the two, some even featuring exclusive CGs! 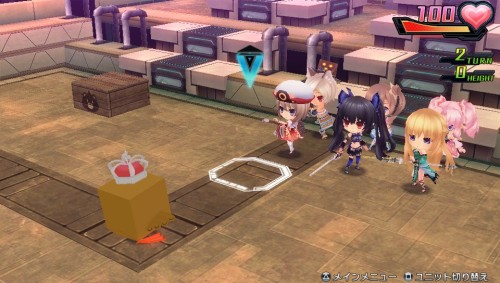 The graphics for battles use 3D models with a SD style. Those are simple but good enough, thanks to the anti-aliasing filter, which is working just fine, as well as the shadow and light effects, that work like they should.

All this is definitely much better than Sting’s previous Tactics RPG Tears to Tiara 2, which had possibly the worst graphics on the PS3 (and I still challenge someone to show me a game with even worse graphics on the system!).

The animation is smooth with no frame rate loss during special attacks (unlike the main Neptune games) and there’s a good variation of poses for special attacks and victories. The arenas are usually abandoned cities or factories, and while not very detailed, they are quite decent.

A bunch of tracks got directly taken from previous Neptune titles, without even receiving an arrangement or anything, which can be a big plus for long time fans. The music style used is still heavily based on digital sounds that have that “video game-like” sounds that feel all “futuristic”, but actually remind more of those synthesizers from the 80’s.

The voice acting, like every single game in the series is really good, but some characters are so obnoxious that they just might annoy you anyway!

At first, I was not expecting I would like this game so much, but I must admit: Chou Megami Shinkou Noire is a pretty solid, balanced and creative tactics RPG! It could be a good pick, even for those who don’t like the main series (like myself). The only major fault in this game would have to be it’s story. The “plot” doesn’t even feels like exists at all! You have just a collection of short funny episodes featuring cute little girls doing cute and funny stuff. Therefore,  this might not be enough to make some players motivated to continue playing through the whole game. If you are waiting for a well-written plot full of exciting developments and complex characters, this game is not for you.